Keaveney Legal Group offers a free evaluation of your case and provides you with all the information necessary to make an informed decision. 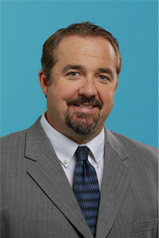 James P. Keaveney began his legal career as a paralegal in Philadelphia, Pennsylvania in 1992 after graduating from Temple University. Mr. Keaveney worked on complex litigation matters, mostly involving cases against the banking industry. He also assisted on bankruptcy cases. Mr. Keaveney then enrolled at Rutgers Law School where he graduated with honors in 1998 and began practicing law in Pennsylvania and New Jersey. He has specialized in civil litigation and has conducted trials in various counties throughout New Jersey and Pennsylvania for over ten years and has argued before the Pennsylvania Superior Court. Mr. Keaveney prides himself on thoroughly investigating the facts of each case and finding information though dogged determination that will help his clients receive a favorable result. Mr. Keaveney treats all of his clients with equal vim and vigor, whether they are a large corporation or an individual in need of help. Thomas Masciocchi, Esq. is a Philadelphia Pennsylvania native. Tom graduated St. Joseph’s University in 1982 and then moved on to Temple University School of Law from where he obtained his degree in 1985. Tom is licensed to practice in New Jersey and Pennsylvania. He is also admitted to U.S. District Court New Jersey, U.S. District Court Eastern District Pa. and United States Supreme Court. After serving a clerkship with the Honorable William Hall of the U.S. District Court Eastern District PA, Tom earned valuable plaintiff’s civil litigation
experience with the Law Offices of Dashevsky, Horowitz, Kuhn, DiSandro, P.C in Philadelphia, PA where he served as Associate Counsel from 1985 – 1995.

From 1995 – 2007, Tom was a major partner in the Law Offices of Masciocchi & Appel, P.C. Tom continued on his own from 2007 until recently when he joined the Keaveney Legal Group Tom has over 28 years of courtroom experience in Civil and Criminal litigation. In the area of civil litigation in both Pennsylvania and New Jersey, he currently serves the needs of defendants in Foreclosure Defense, homeowner’s rights, Consumer Protection Law, Truth in Lending Act and Fair Credit Reporting Act. He has additional experience in Business contract review, Real Estate and Domestic law. He has gained additional trial and analytical skills through his years of experience in handling the defense of various criminal matters in both states. Tom’s’ experience and knowledge has been valued by other professionals who are dependent upon the interpretation of the law. Tom has served as a frequent lecturer, teacher and consultant to various professional regarding Mediation, and Dispute Resolution. Jim DiMaggio graduated from Rowan University in 2007 with a B.S. in Finance before attending Rutgers Law School where he graduated with his J.D. in 2011.

After law school, Jim spent time as a Director of Legal Education for Barbri, before joining a general practice where he  represented clients in consumer bankruptcy, medical malpractice, and municipal court proceedings.  Jim then spent time advocating on behalf of creditor’s rights prior to joining Keaveney Legal Group’s Bankruptcy Department in March of 2020.

Jim resides in South Jersey with his girlfriend, daughter, and English Bulldog, Rupert. During his free time, Jim enjoys golfing and spending time with his family.

We are a debt relief agency. We help people file bankruptcy relief under the Bankruptcy Code.